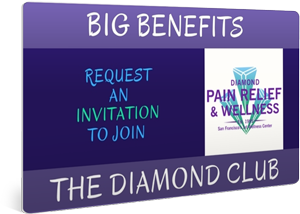 Leave us a Testimonial

What’s all the hype about oil pulling?

You may have only recently heard about oil pulling, but it’s been around for three millennia.

An ancient oral remedy in India and part of the Ayruvedic health system (which also includes Yoga and meditation), oil pulling is an increasingly popular health trend.

Do these claims hold water? Is oil pulling something you should add to your regular dental hygiene habits? Keep reading to find out.

The practice of oil pulling involves gently swishing a small amount (a tablespoon or less) of oil around in your mouth and “pulling” or sucking it through your teeth for anywhere from 5 to 30 minutes a day. Coconut, sunflower, or sesame oils are most commonly used for oil pulling, though coconut oil seems to be the most effective and has the most pleasant taste.

The best time to oil pull is first thing in the morning before you eat breakfast, but it can be done any time of day. Start with a teaspoon and “pull” for five minutes. Too much oil and you may feel like gagging. The next time you do it, add a little more oil and “pull” for a longer amount of time. You don’t have to wake up earlier to make time for oil pulling. Some people find it an easy thing to while they shower, shave, or put on makeup.

The idea behind it is that when the oil mixes with the saliva in your mouth and swishes against your teeth, it adheres to microorganisms like bacteria. When the oil is spit out (in the trash to avoid clogging the drains), the plaque-causing bacteria go in the trash along with it.

Oil pulling isn’t meant to replace regular brushing and flossing, but is believed to be a supplement to oral hygiene.

Various oils have antimicrobial and anti-inflammatory benefits. They also nourish body tissue. With these facts in mind, it makes sense that swishing oil in your mouth could have positive results. Tooth decay, bad breath, and gum disease are caused in a large part by bacteria. Toss some oil on them and avoid the problems, right?

Possibly. Oil pulling actually has been shown effective in reducing the number of bacteria in the mouth and therefore helpful in removing plaque, reducing the risk of cavities, and improving bad breath.

So oil pulling may be good for your teeth, but what about the other numerous health claims? Killing viruses and harmful protozoa; detoxing your body and balancing hormones; whitening teeth; preventing or treating diabetes; and reducing arthritis, allergies, pain, eczema, insomnia, congestion, and headaches are all controversial claims made by adherents of oil pulling. At this point, none seem to be backed by science and require further research.

While all the health claims aren’t proven, many of them make some amount of sense due to the significant cleansing effects oil pulling has in the mouth. If you are curious of what this practice may do for your health, go ahead a try it. It can’t hurt.

Oil pulling was invented long before toothbrushes, toothpaste, or dental floss. Today, the simple tools we have for dental care make it easy and affordable to care for your teeth and gums. But what if you’re prone to cavities or even have a small cavity that could be healed with oil pulling? It may be worth the extra effort of sucking a little oil between your teeth each day.

If you decide to give oil pulling a shot, you’re in good company. Big-name celebrities Gwyneth Paltrow and Shailene Woodley do it on a regular basis and things seem to have turned out well for them!